Although the human body is able to produce its own ubiquinol, factors such as poor diet and the aging process lead to a decline in natural levels over time. And with age, our ability to convert CoQ10 to ubiquinol diminishes too. Ordinarily, the body must convert oxidised CoQ10 into active ubiquinol before it can play a role in providing cellular energy or antioxidant potential. However, Kaneka UbiquinolTM is already in the preferred and readily utilised form.

The heart, brain, kidneys, muscle, and liver have the highest demand for CoQ10, as they require the most energy to function appropriately. Low CoQ10 levels may be a result of nutrient deficiencies or conditions, such as heart disease or gum disease. In these instances, the body’s ability to produce CoQ10 may be impaired, or CoQ10 is likely used up faster than it can be replenished- this is where supplementation can be beneficial.

Good Health Naturally’s UB8Q10 uses Kaneka UbiquinolTM which is bioidentical to the body’s own form of ubiquinol, backed by over 15 years of testing and more than a decade of research and clinical studies which ensure its safety. Kaneka UbiquinolTM has a higher bioavailability and absorption rate in contrast to standard ubiquinone, meaning optimal levels of CoQ10 can be resorted much faster.  Kaneka was the first premium quality ubiquinol to be naturally produced by yeast fermentation.

Note: Not suitable for vegetarians or vegans. 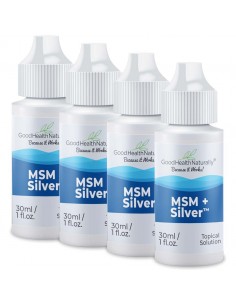 1106-4
$52.50 $70.00
A Unique MSM+ Silver Formulation A proprietary blend of OptiMSM®, Hydrosol Silver (10ppm), N-Acetyl-L-Carnosine and Colloidal Zinc (10ppm). Supports Healthy Membrane Tissues Outer tissue of the skin normally allows fluids to flow through the membrane wall, which acts like a filter supplying nutrition and cleaning out particles keeping your epidermis...

In Stock
Shop By Product

1128
$50.00
Buy 3 Get 1 FREE Click Here Nature combines fulvic acid and minerals to form fulvic mineral complexes that are now being referred to by many nutrition and health experts as “The Missing Link Of Nutrition." With the highest fulvic content per serving available, Pure Concentrated Organic Minerals™ provides better energy that remains more stable through the...

In Stock
Shop By Product

1143
$40.00
Buy 3 Get 1 FREE Click Here The ‘Original’ Serrapeptase Enzyme Serrapeptase 80,000IU has been used throughout the past 30 years to help support a wide variety of health conditions. The SerraEnzyme Dissolves Or Digests Proteins Originally derived from the friendly bacteria living within the gut of the silkworm, Serrapeptase is now synthetically... 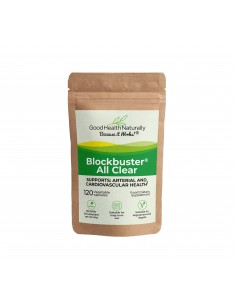 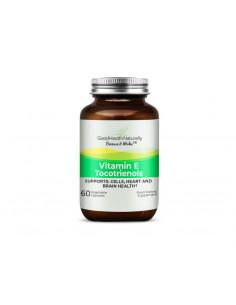 1169
$26.25 $35.00
Exp September 2023 A Powerful Antioxidant Naturally Better Vitamin E is a most powerful antioxidant vitamin in the body, and its prime function is to help scavenge highly reactive free radicals, by-products of oxygen metabolism. 100% Natural Formulation Vitamin E provides tocotrienols and tocopherols that are potent antioxidants and 100% natural.... 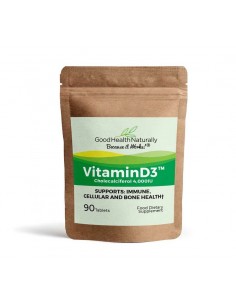 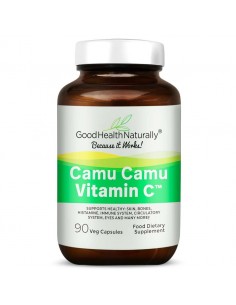 1165
$23.44 $31.25
Exp September 2023 Camu Camu fruit has one of the highest recorded amounts of natural vitamin C, providing over 2,700 mg of vitamin C per 100 grams of fruit. It is rich in vitamins, minerals and complex amino acids that aide in the absorption of the vitamin C; it is an excellent source of potassium, providing more than 700 mg per kg of fruit! One Of... 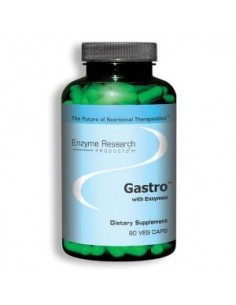 1050
$39.38
Buy 3 Get 1 FREE Click Here Gastro Enzyme Therapy is formulated with the multiple benefits of many compatible herbs, to assist in a full treatment plan for people who suffer from a stressed gallbladder or liver, or general digestive issues. Marshmallow root, Papaya leaf, Prickly Ash, and more assist in the cleansing and calming of many types of irritation... 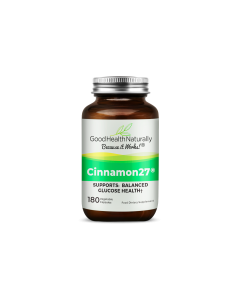 1024
$32.96 $54.94
Please note this item has a "best before" date of February 2023. This simply means that its efficacy/strength hasn't been tested past this point by the manufacturer. Unique blend of seven powerful ingredients to support healthy blood sugar balance Combining cinnamon, chromium picolinate, Nopal, American ginseng and much more. All carefully sourced and... 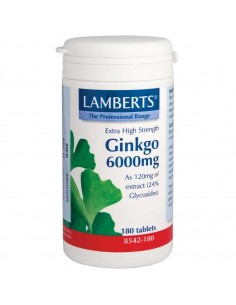 1051
$39.94
Ginkgo Biloba has shown great potential to support normal blood flow, tone and elasticity. It has been studied for potential reduction of blood 'stickiness', which would promote better delivery of additional oxygen and glucose to nerve cells. The research on Ginkgo extract has yielded three main areas of activity: blood flow, inhibition of platelet...
Tap to zoom

Save products on your wishlist to buy them later or share with your friends.

No account? Create one here
Product added to wishlist